What is printing with a Thermal Transfer Ribbon?

The image made by a Thermal Transfer Printer appears when a substrate and the ink from a thermal transfer ribbon contact a heated print-head. As a result, heat from the print-head melts the ink on the ribbon and releases (transfers) the ink directly onto the substrate. These printers use a special ribbon, often abbreviated to TTR.

Request a sample
Ask for advice 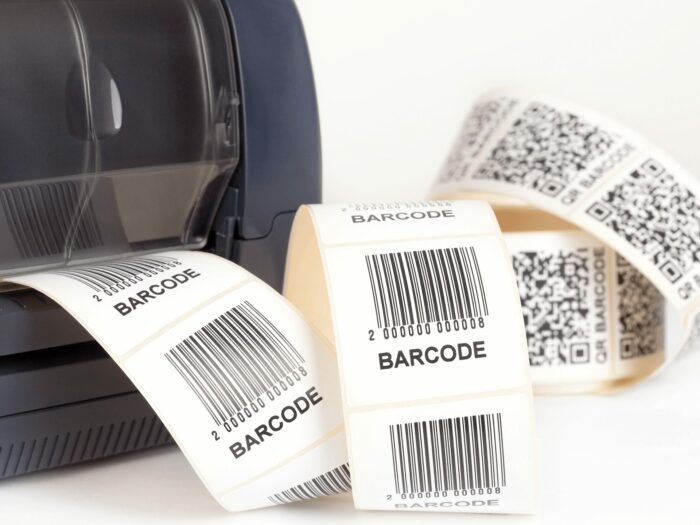 Where are Thermal Transfer Ribbons used?

Thermal Transfer Ribbons are mostly used for printing variable information. This particularly concerns information for identification, such as barcodes, batch codes and expiry dates. Printing with this method is preferred when a durable result is needed, for example against heat, chemicals and abrasion. In addition, It works well in making highly durable non-variable information, such as warning signs. 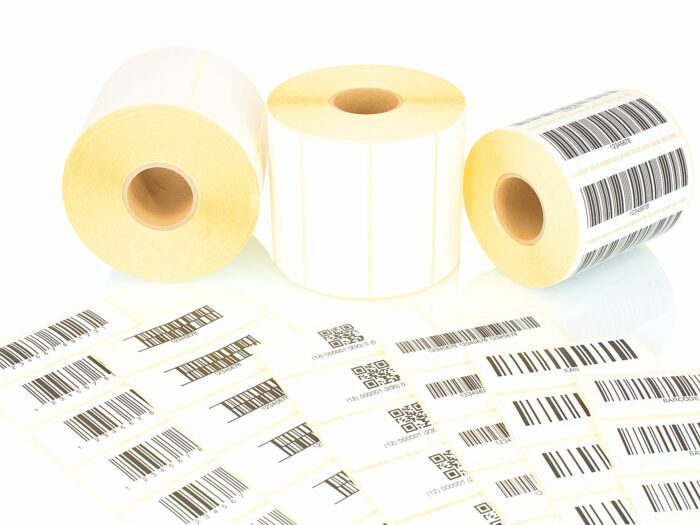 Why print with a Thermal Transfer Ribbon?

Printing with Thermal Transfer Ribbons is a proven technique to deliver durable variable codes, such as barcodes, that always read or scan. It produces dense, high-resolution images in colour or black-and-white. Additionally, it can be used on a wide variety of substrates. Images made with these ribbons are highly resistant to chemicals and extremely durable. The printers work at high speeds and require little maintenance. 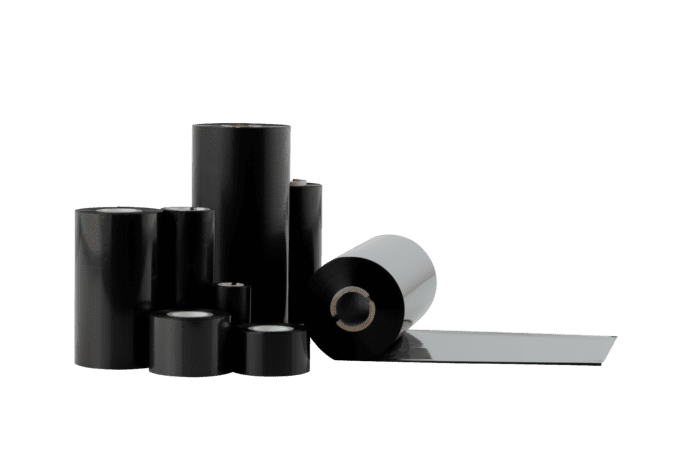 The ink used in the Thermal Transfer process can be made with wax, resin, or wax resin. As a result, the different types of ribbons have a different print sensitivity. This means they transfer ink at different temperatures of the printhead. The requirements of the application determine which ink is needed.

Two types of printers are used: flat-head and near-edge. On the Thermal Transfer Printer info page we answer specific questions on the relation between printer and ribbon. 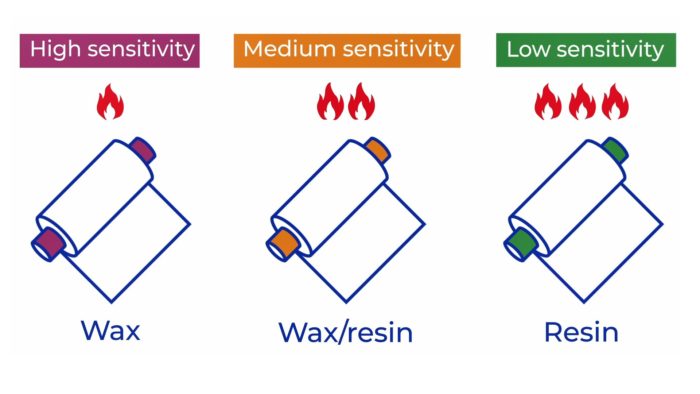 What is the print sensitivity of a Thermal Transfer Ribbon?

Thermal Transfer Printing is a method where heat is used to transfer ink from a ribbon onto a substrate. For a good thermal transfer print, the right amount of heat needs to be applied to the ribbon. When the heat settings are incorrect, the print might not be good. For instance, when the temperature is too high, the ribbon might break. That’s what we call ribbon breakage. Different types of ribbons require different amounts of heat. This is what we call the print sensitivity of a ribbon. 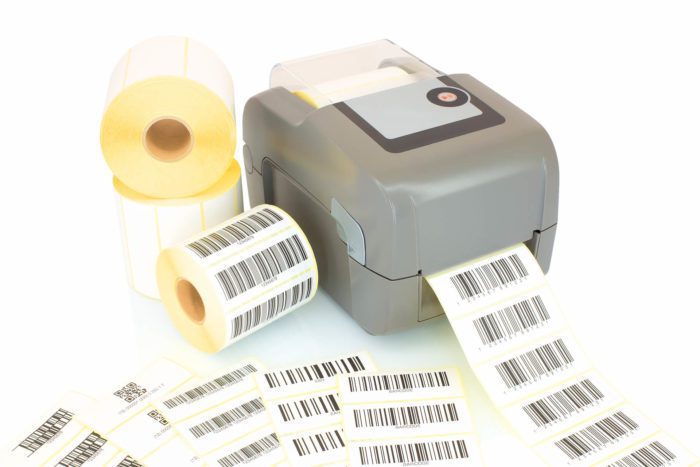 What ribbon to choose for which substrate?

It is important to realize that a proper combination ribbon and substrate is needed for the optimal print result. The material that is printed influences how well the ink from the ribbon is transferred to the substrate and fixed to the surface. It is, therefore, necessary to consider material characteristics of the substrate, including the smoothness of the surface, when selecting a ribbon for a certain application. DNP is constantly testing new ribbon-substrate combinations. With our ribbon finder you can easily see which ribbons work well with a certain substrate. we have also dedicated a page to the specifics of TTR printing on different materials.

Use the ribbon finder
To TTR label page 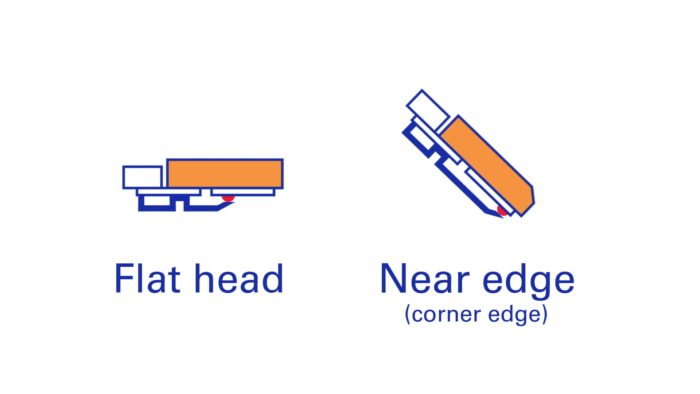 What is the difference between a near-edge and a flat-head ribbon?

Near-edge and flat-head printers require different ribbons. In almost all cases a ribbon is uniquely designed for either a flat-head or a near-edge printer. Some specific ribbons are suitable for both systems. The main difference between the two types of ribbons has to do with the release layer. Due to the short exposure time to the printhead, a near-edge ribbon needs to release the ink much faster and is therefore formulated differently. This animation is specially made to explain the difference. You can use our Thermal Transfer Ribbon finder to find the perfect ribbon for your flat-head or near-edge printer. 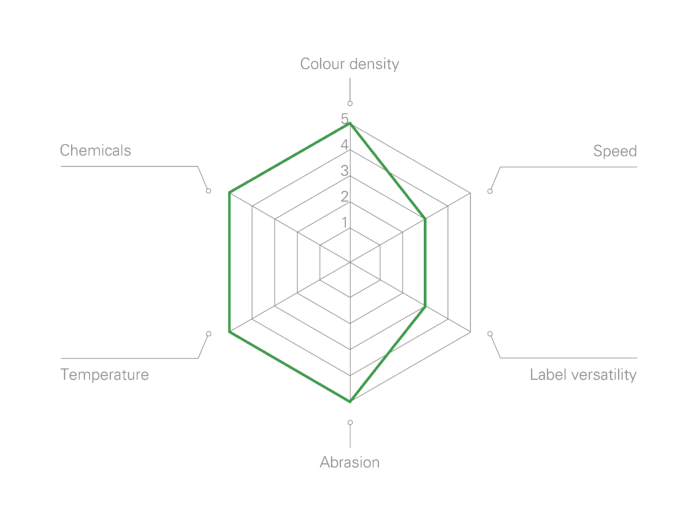 What is the most resistant Thermal Transfer Ribbon in the DNP portfolio?

Some applications and circumstances require a print that withstands extreme exposures, such as heat and chemicals. For these prints, a highly resistant ribbon is needed and we often get the question “What is the best Thermal Transfer Ribbon in your assortment?”. For heat and chemical resistance, the answer is R550. Prints from this resin are resistant for continuous temperatures up to 300°C and are superior in chemical resistance. The information printed with R550 is highly resistant to scratching and abrasion. R550 is an evolution of R510, which is another highly resistant ribbon in our assortment. R510 is approved for many applications and has numerous certifications to be compliant with specific industry requirements. Contact us if you want to know which of the ribbons works best for your specific situation. 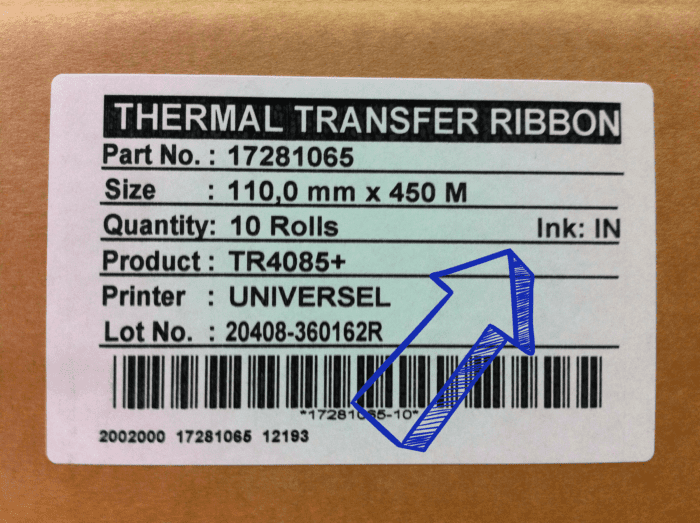 Depending on the printer it is intended for, the ink on a Thermal Transfer Ribbon can be coated on different sides of the ribbon. When a ribbon is wound “ink side out” it means that the ink is coated on the side of the foil that is exposed to the outside. When a ribbon is wound “ink side in”, the ink is coated on the inner part of the foil, meaning that the ink is covered by the foil when wound on the roll. The ink side of a DNP ribbon is indicated on the label of the roll and the box. When not sure, a so-called “tape-test” can help: stick a piece of adhesive tape on each side of the ribbon and pull it off. When ink sticks on the adhesive, you have found the ink side. At the end of this video, the test is shown in real-life. 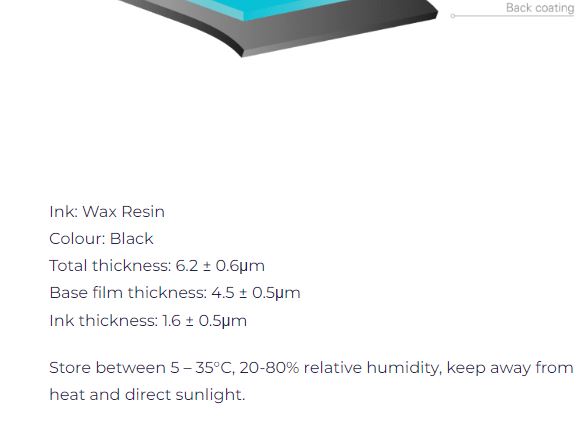 What is the difference between a 4.0 and a 4.5 micron ribbon?

Thermal Transfer Ribbons generally come in 4.0 and 4.5 micron varities. This number refers to the thickness of the base film of the ribbon. The base film is the layer that carrier the other layers of the ribbon, such as the ink and the back coating. The 4.5 micron base layer is the standard for most TTR and is generally used for flat head ribbons. For near edge and TTO ribbons, the 4.0 base film is becoming more and more important. Using a thinner film has several advantages:

The 4.5 micron film has the advantage is has less ribbon breakage, which is especially important when a lot of heat is needed for the ink transfer (low print sensitivity). This applies to many resin ribbons that are printed on flat head printers. The base film thickness can be found on the product page of the website and the technical datasheet.

Thermal Transfer Printing with DNP ribbons in a nutshell 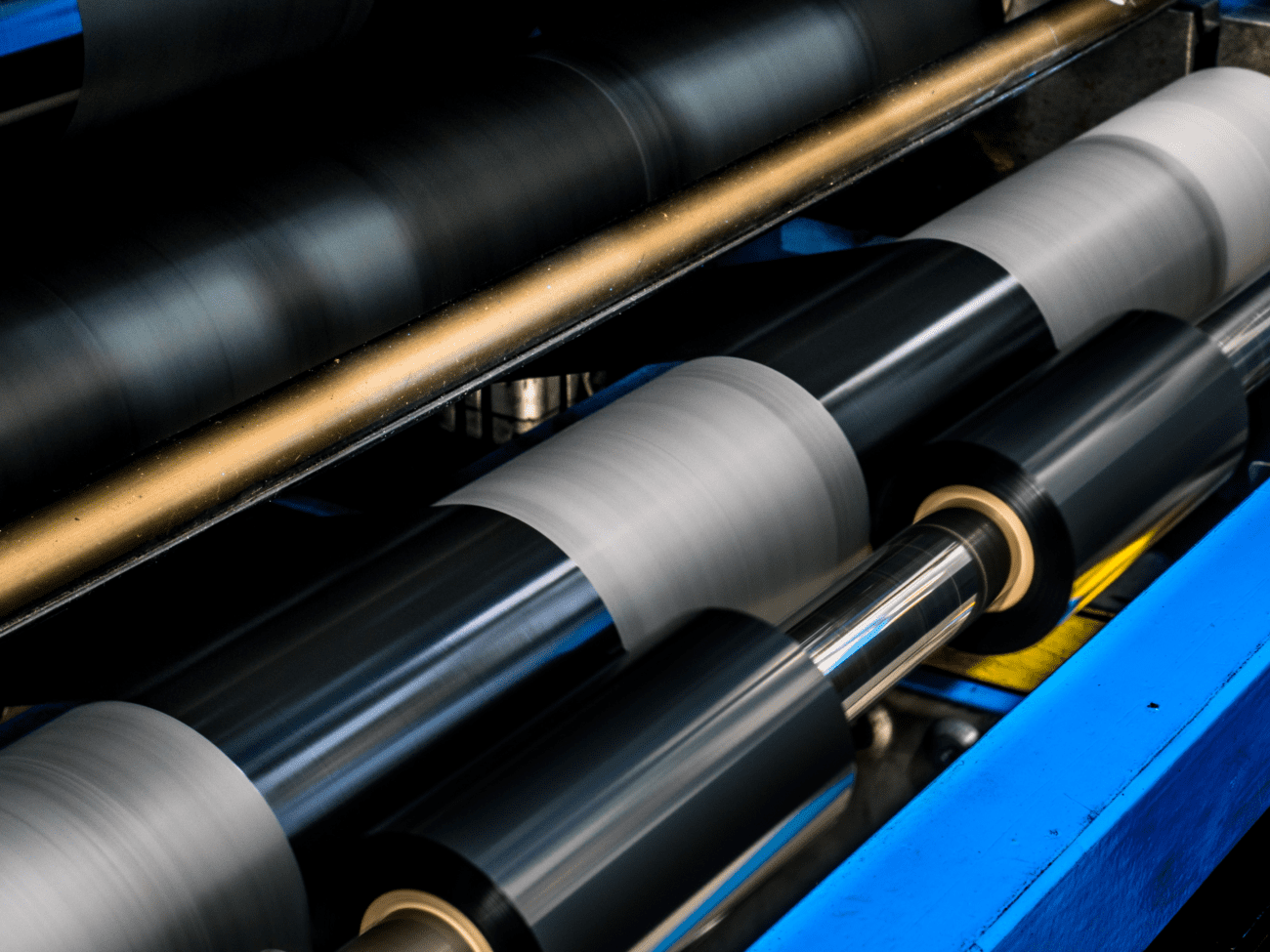 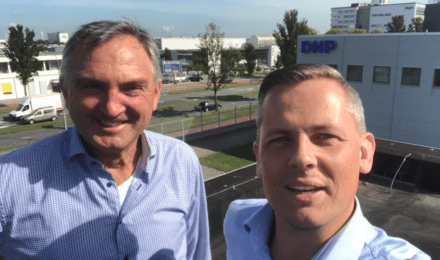 What is static electricity and why is it so important for your prints and printhead? 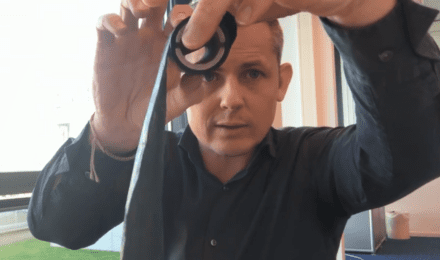 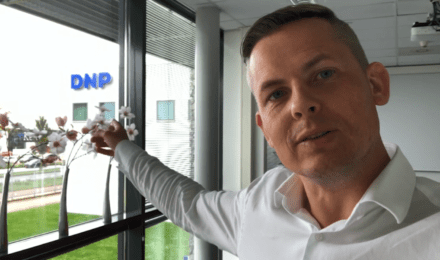 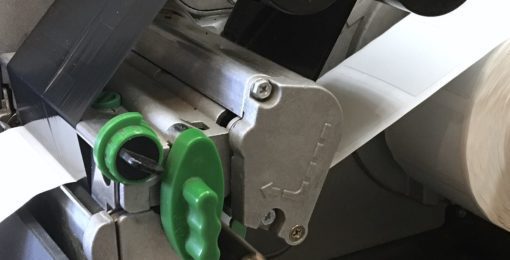 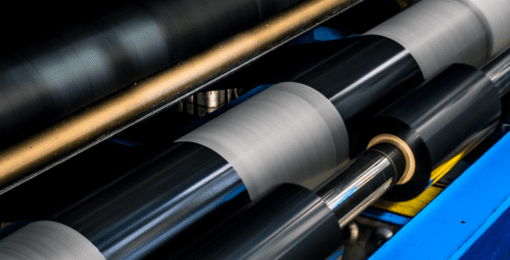 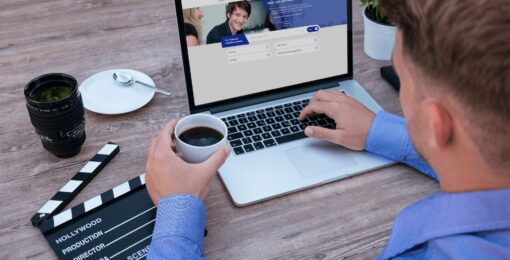 Get in touch for more info.

Feel free to contact us anytime for any questions you may have.